Bracelet with a Vintage Groove

With the new lines of jewelry out there now, anyone can make their own pieces.
Quite simply and quickly.
It took me about five minutes to put this bracelet together.
Seriously. 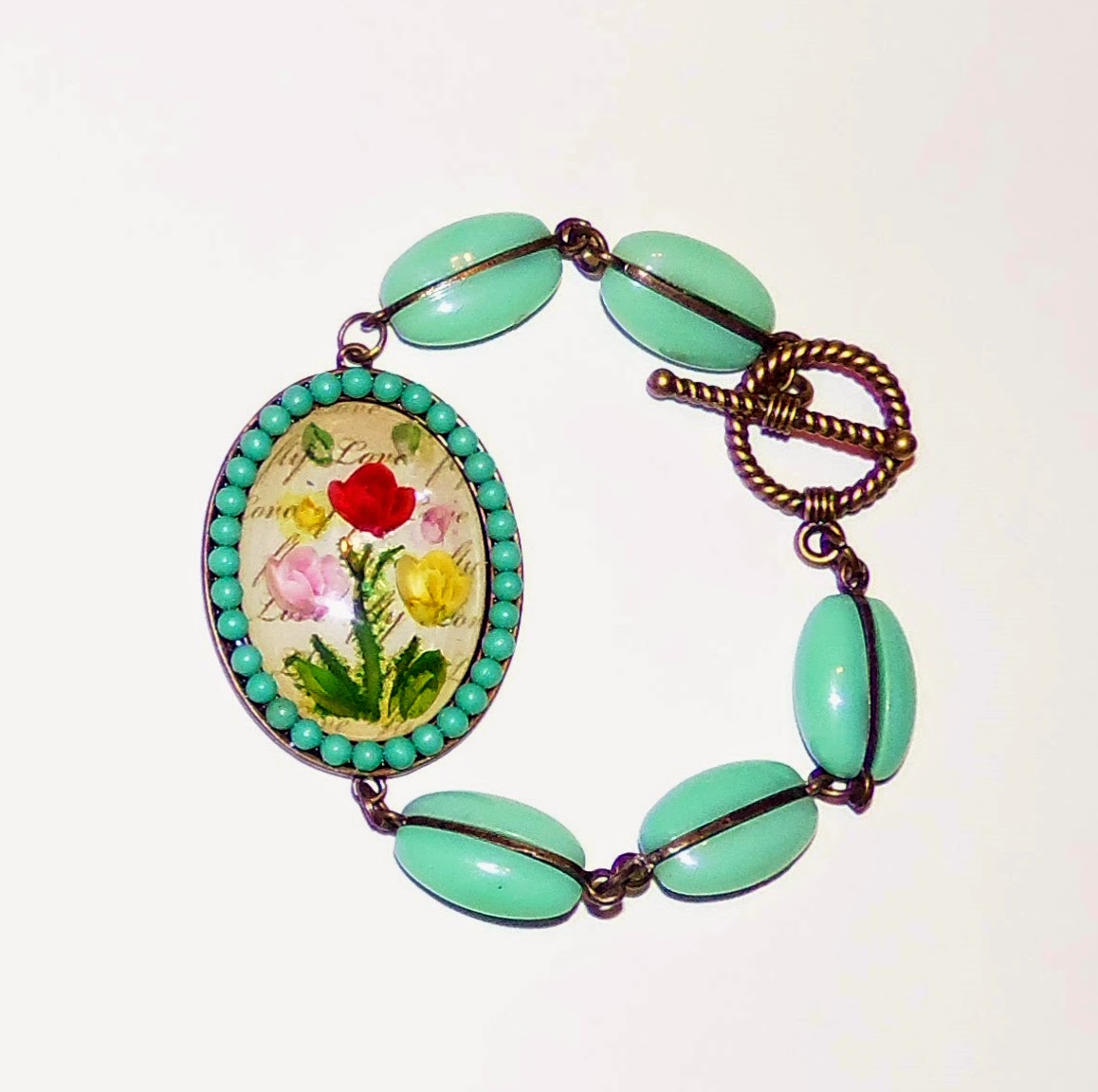 Isn't it pretty--- and vintage looking? 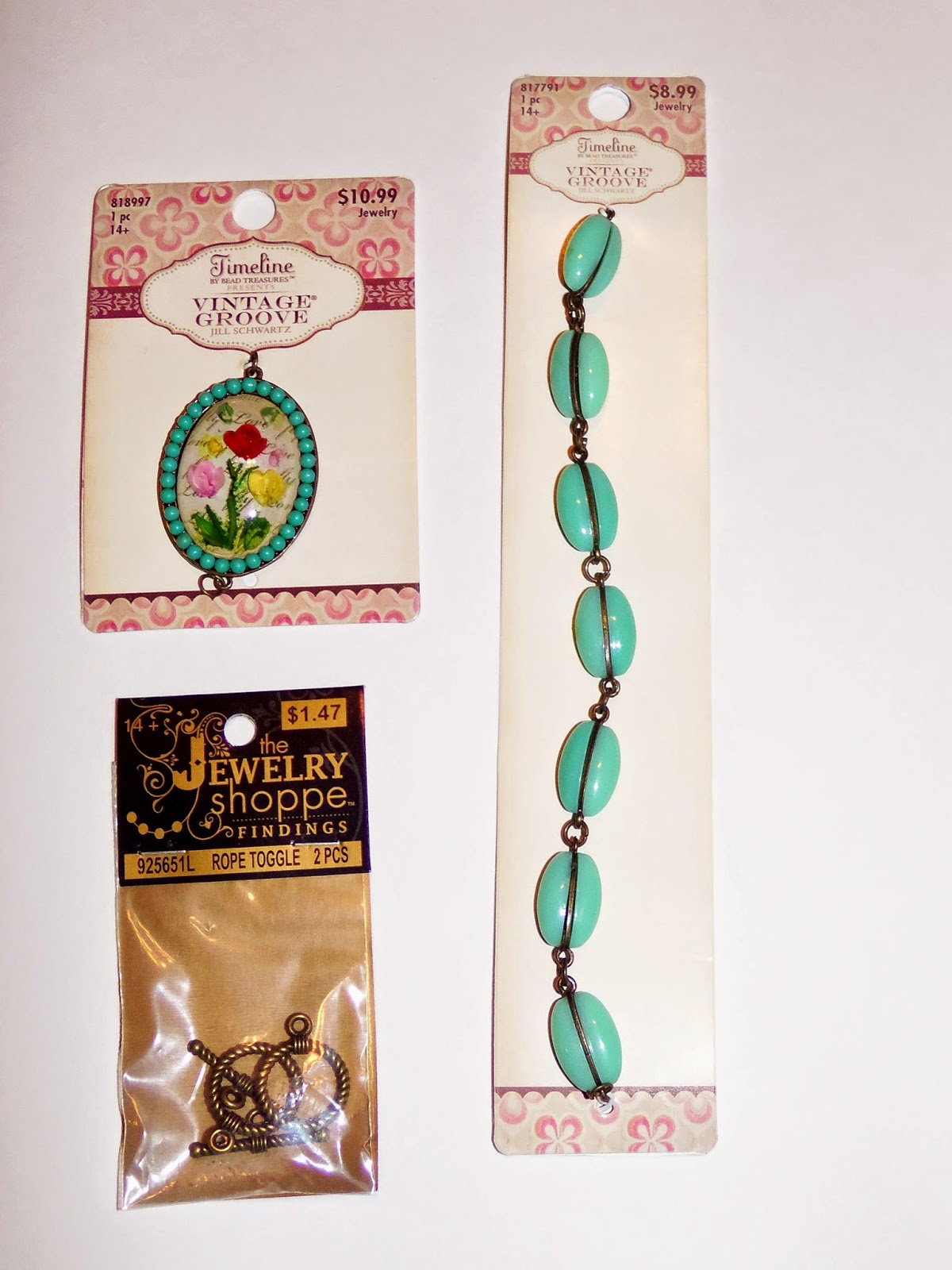 I used two different pieces from the Vintage Groove line at Hobby Lobby
and one toggle clasp.

I removed two of the turquoise beads from the long strand
otherwise my bracelet would've been too long. 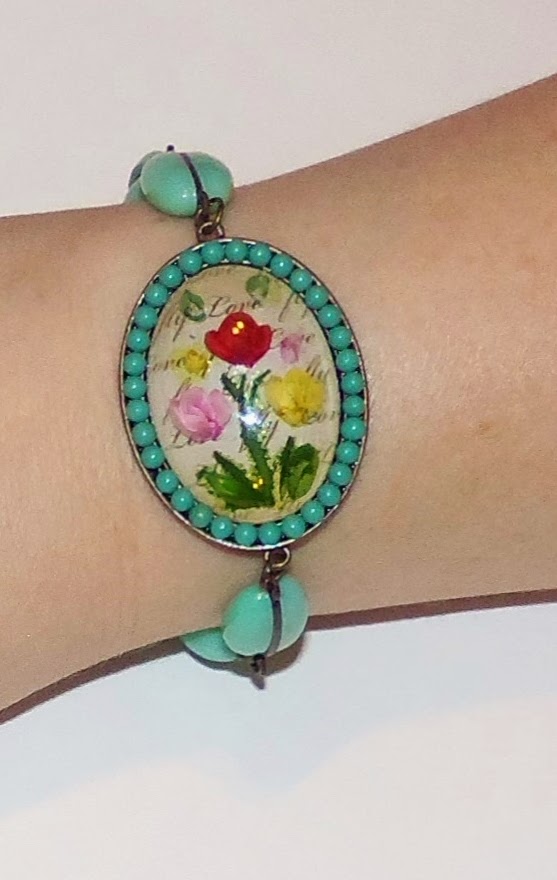 Then, using the jump rings that were already attached to the beads,
I attached the strand of beads to either side of the pendant.

Finally, I placed a toggle clasp in between the second and third beads using the jump rings that were already attached to the beads.
I don't think it could get any easier than that!

I just love my new bracelet.

Thanks for stopping by and God bless.


I will greatly praise the Lord with my mouth;
Yes, I will praise Him among the multitude.
Psalm 109:30
This post is linked to Plucky's Second Thought, It's Overflowing, I Heart Naptime,
Funky Junk, and Between Naps on the Porch.
Posted by Laura at 12:00 PM

This turned out really cute! 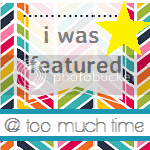