I know I've said this before, but I just love maps.
I especially love using maps on things that you wouldn't ordinarily think that maps belong on.
When I spotted the giant paper mache letters at Hobby Lobby, I knew just what to do with one. 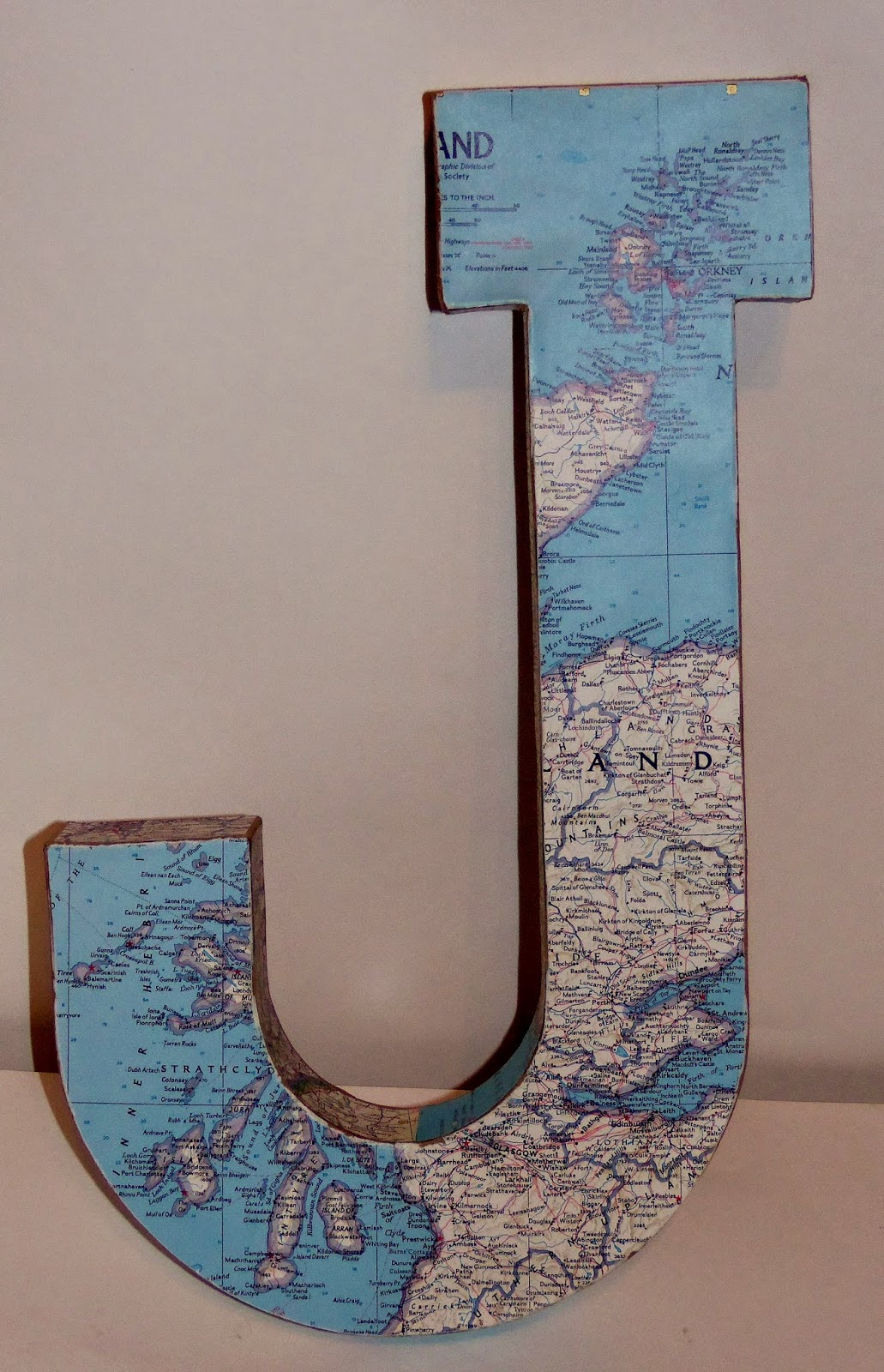 cover it with maps!
To make a map covered monogram, you need:
a paper mache letter (this one is about 15 1/2" tall)
large map
Mod Podge
foam brush
paper towel.
scissors
small piece of sandpaper. 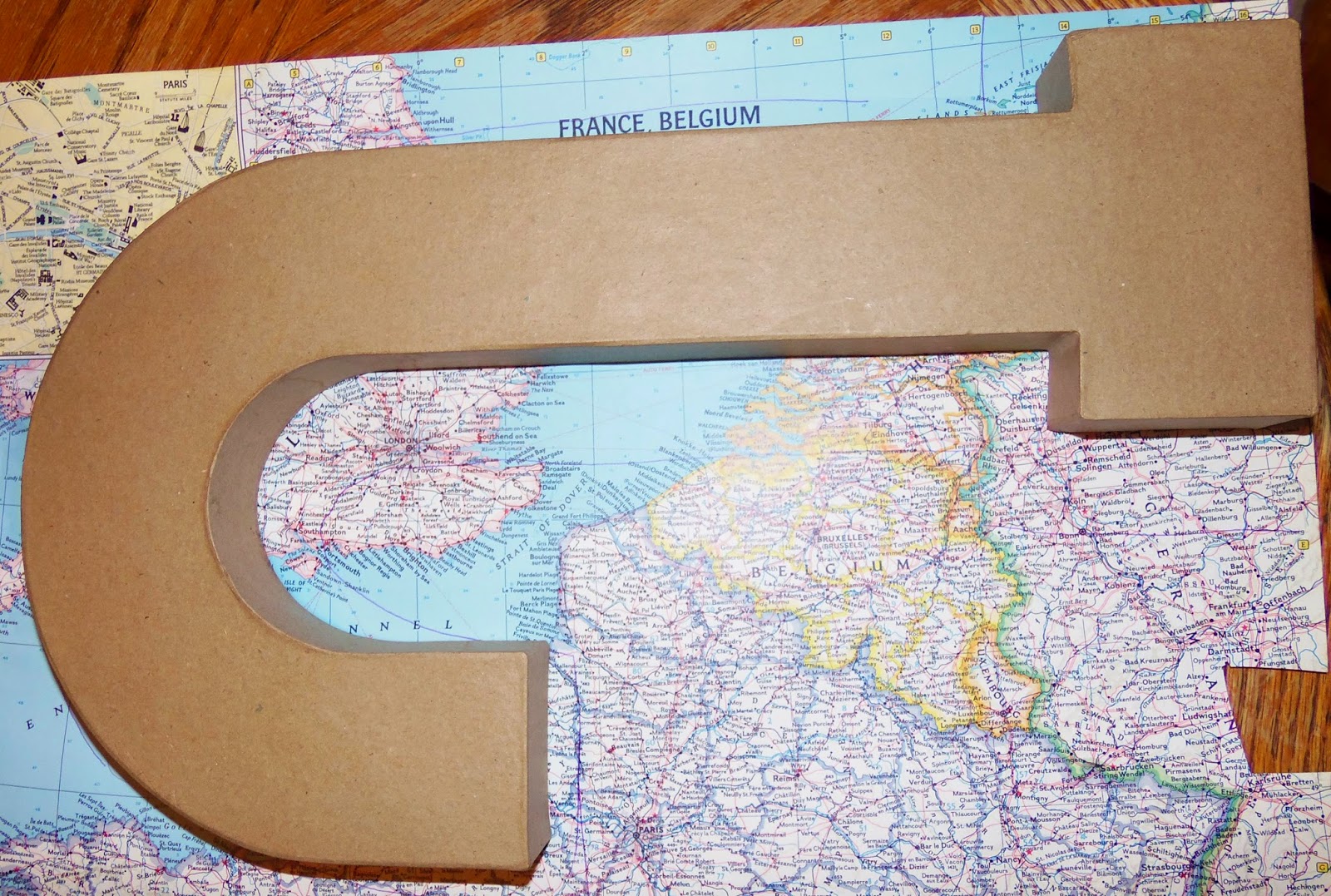 I started by flipping my letter upside down on the map and drawing around the edges. I left about a two inch space between the letter and my hand-drawn lines. 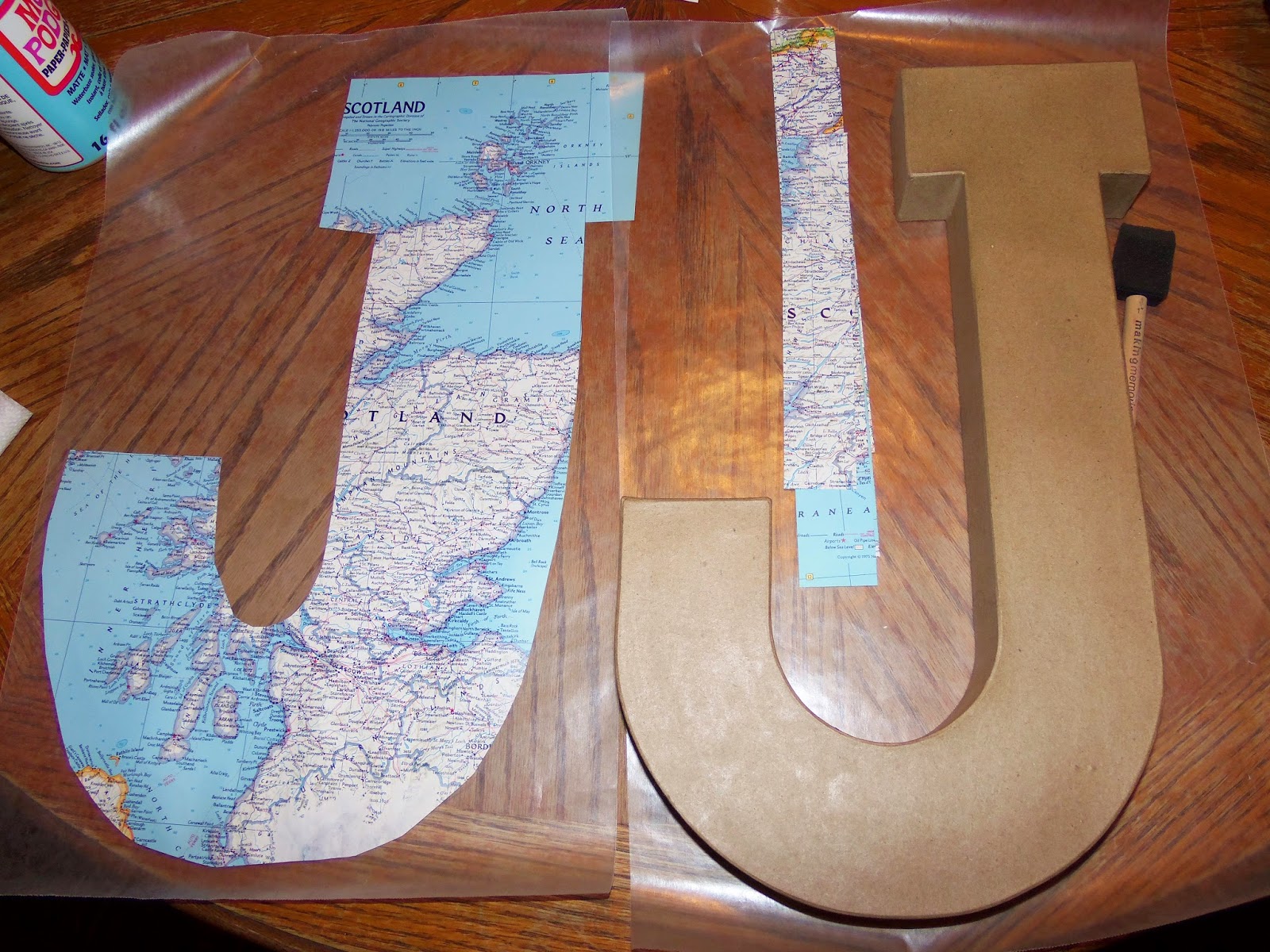 Then I cut along my lines.
I covered the front of my letter with Mod Podge making sure I got all the way to the edges.
Then I pressed my map along the surface of the letter.
When using Mod Podge, I always run a paper towel all along the surface making sure that the paper adheres. The paper towel is there to wipe up any excess that seeps out of the edges.
After about 20 minutes, I used a small piece of sandpaper to sand the extra map off the edges.
This gives a nice smooth edge. 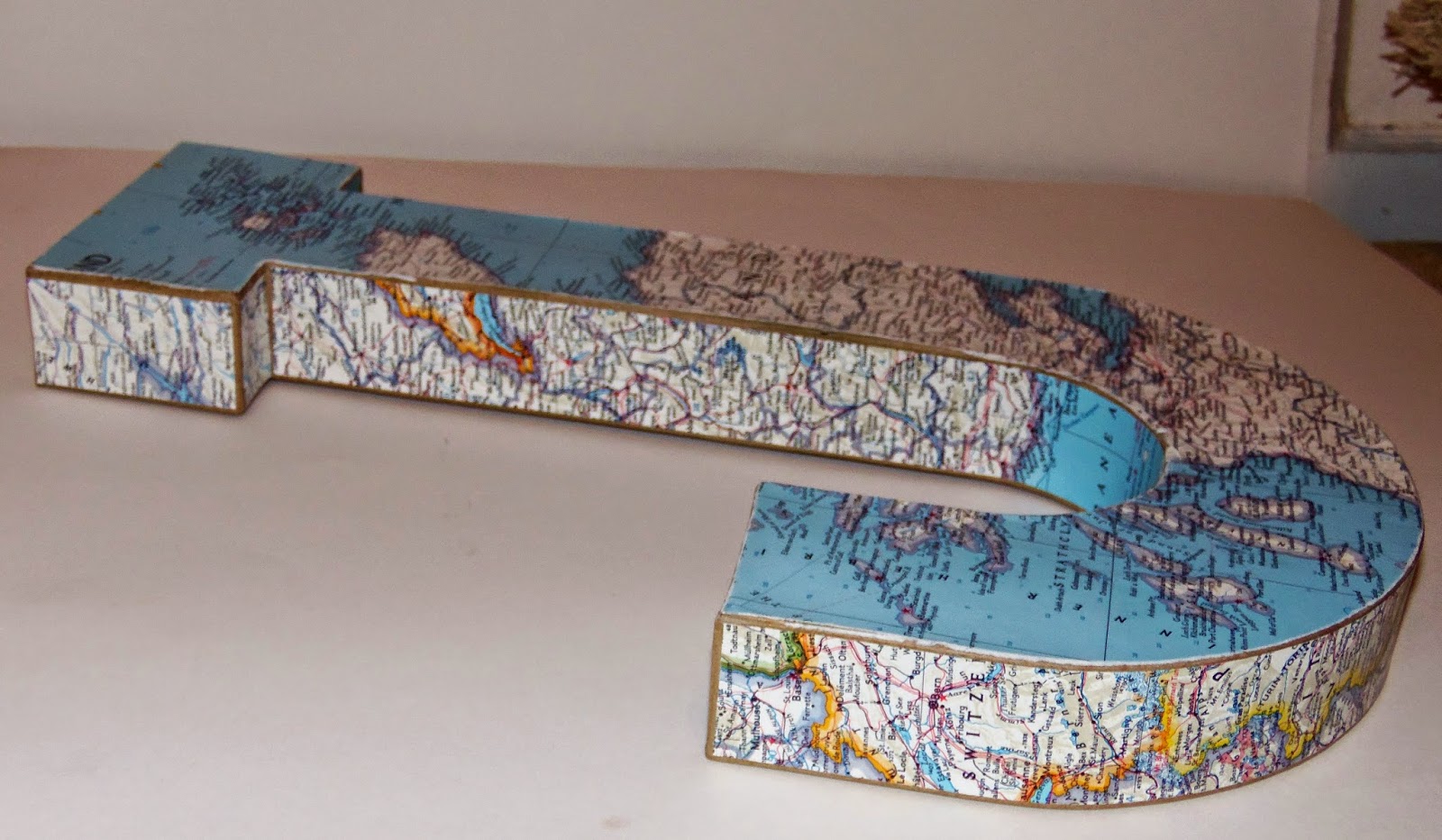 Because the letter was about 1 1/2" thick, I felt that it needed some map along the edges.
I trimmed 1 1/4" strips and adhered them to the edges using the same method as above. 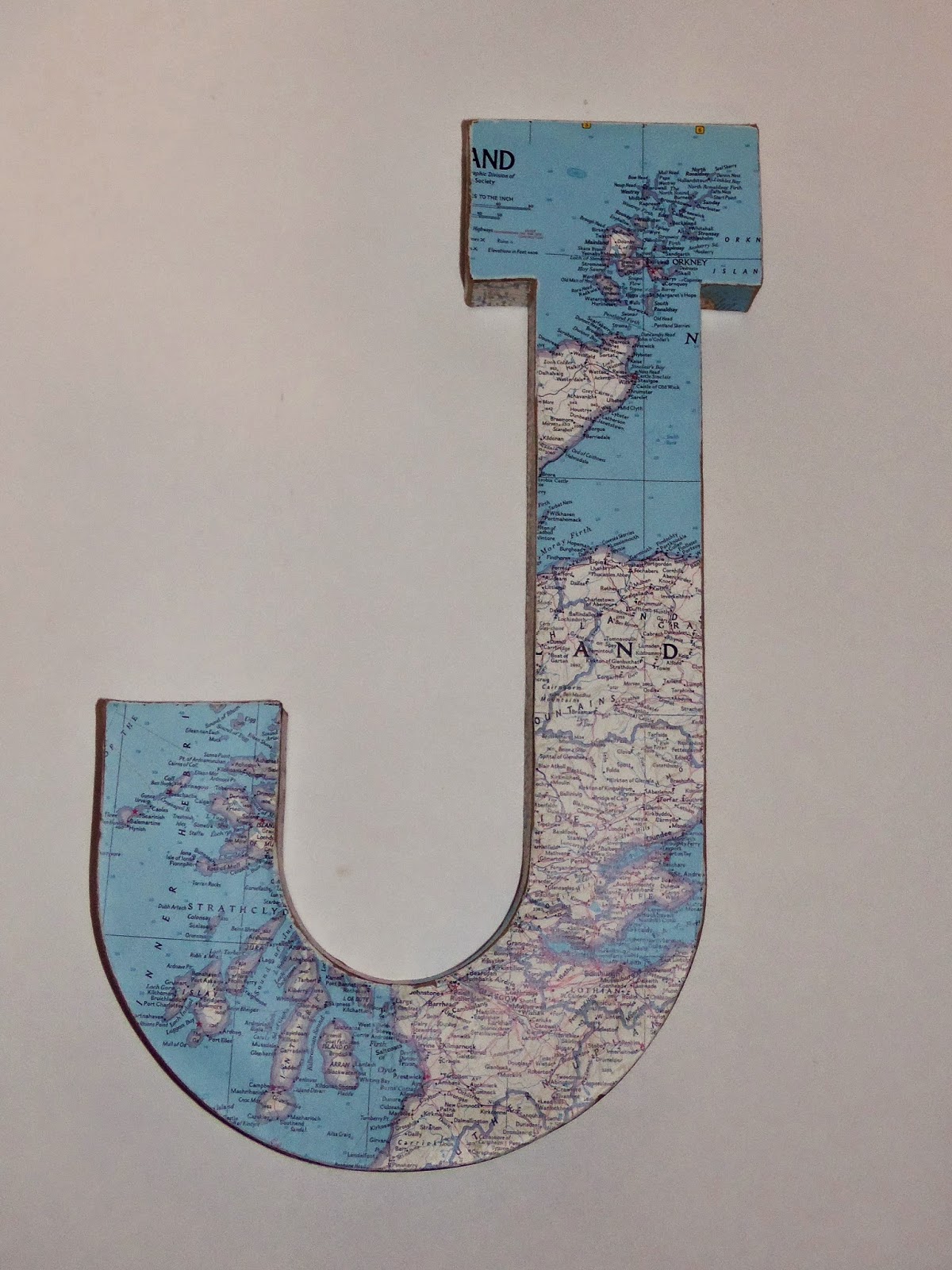 Ta-da! How cute is that?
Thanks for stopping by and God bless.
Sing to the Lord a new song,
and His praise from the ends of the earth
Isaiah 41:10
This post is linked to My Repurposed Life, The Crafted Sparrow, Funky Junk, and Tatertots and Jello.
Posted by Laura at 12:00 PM

That is very cute! You gave some very important pointers in your tutorial. Leave extra and trim afterwards and glue to the edges.
Best ~ Mickie